In this post Travel Aid volunteer Rob talks about what he learnt and observed while joining JWOC’s Clean Water and Free Classes teams.

Muddy, sandy, slippery: picking our way for several kilometres along a sodden track leading to the village felt like an appropriate introduction to JWOC’s work in the village communities as, on the first Saturday of our time as volunteers in Siem Reap, we were lucky enough to watch the clean water team go about their work surveying the village’s residents. 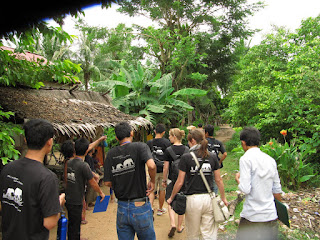 The householders were very hospitable, offering us seats – or, on one occasion, a hammock! – and sometimes fruit while the project workers asked questions such as each house’s water source in different seasons, protection against mosquitoes, and recent illnesses. We then saw the basic wells which a lot of the houses seemed to use: these produced decidedly mixed results, so the next step will be for the clean water team to return and install new, reliable wells for use in all seasons and then gauge their effectiveness over time. 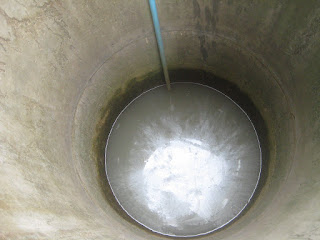 The sight of the brown, murky water of the rice paddies, which we were told were used by the children for swimming, was a clear reminder of what the project was all about; all the more so, since a project worker explained to me that, while instances of serious waterborne disease amongst adults are comparatively few, children are far more prone. That’s precisely where another JWOC project, the hygiene program, comes in: to build on the ground-work of the clean water scheme and begin to educate children at an early age about the sorts of hygiene basics which, although apparently simple, can make a great difference. 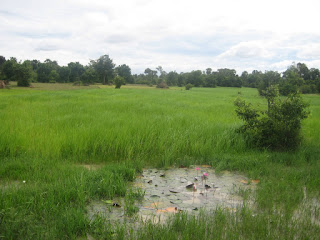 It was refreshing to see both the enthusiasm of the children – whatever their ages – in following the mimes of hand-washing during the original demonstration, and then their eagerness to put these principles into practice in between games and activities, scrupulously subjecting their palms and fingernails to sprays of soapy water. 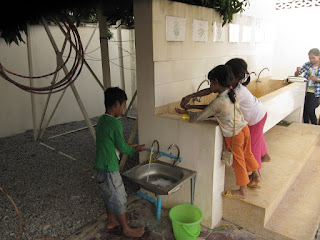 Hygiene training also complemented the broader drive of teaching English to the children, since the training consisted not only of a single demonstration, but also of approaches to it from different angles – with the key words on flashcards, alongside the action itself. Staff also tended to sneak back to the theme at different times, such as before art class on a Sunday afternoon, when the children were reminded of the steps and then went about following them with characteristic gusto. As well as concentrating on younger children, JWOC also aims to introduce older students to the fundamentals of the Hygiene program by introducing ideas such as hand-washing and teeth-cleaning into early-stage English classes, and hygiene training also comprises a follow-up stage in the clean water project.

These sorts of hygiene basics seem simple to us precisely because they have been drummed into us from an early age, and hopefully by the same principle initiatives like these can make a real difference to the health of those living in and around Siem Reap.