In this post Vantha our Office Manager and Scholarship Programme Supervisor talks about his recent involvement with Operation Smile as part of JWOC’s Relief Project.

There are many children in Cambodia has problem with cleft lips and cleft palates.

JWOC’s Emergency Relief Fund has helped many families, at below is the one story of child that was helped by JWOC to have operation for giving beautiful smile back to his life.

His name is Phat Em, his father name is Hov Phat and mother’s name is Sa Ruot. Both of them work as farmer and in dry season his father works as construction worker. Now Em is 1 year old and 11 months. He has one older brother who is 5 years old.

In late of 2010 his family knew about JWOC providing help to children who have a problem with cleft lip or palate to get operation at Phnom Penh by covering on transportation, food and accommodation. They found about Operation Smile Clinic from JWOC previous scholarship student working as Microfinance Credit Officer in their village. Em’s parents decided to bring him to JWOC for asking for more information after that JWOC made appointment with his family came to Siem Reap Provincial Hospital for first operation.

On 14th December, 2010 Em’s family brought him came to Siem Reap Provincial Hospital for doing operation but unfortunately he couldn’t do operation cause his health so weak and his weight still not enough. He has to wait for next two month and went to Phnom Penh on 21st February, 2011. 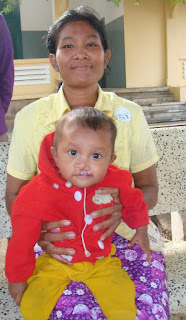 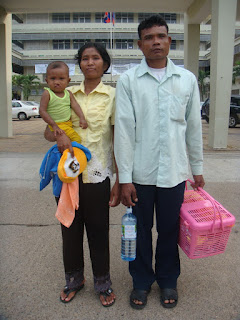 Em’s photo with his parent at Khmer-Soviet Friendship Hospital in Phnom Penh for second time on 21st February, 2011 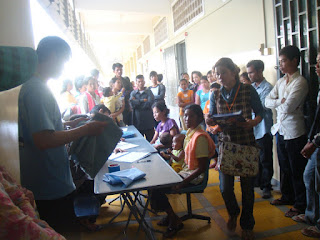 Em’s photo with his mother to register the name and information. 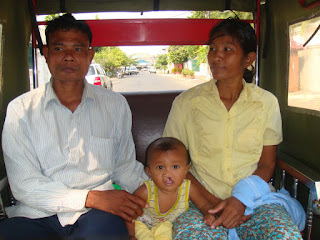 Em’s photo with his parent on tuk tuk to visited around town in Phnom Penh
while waiting number for operation. 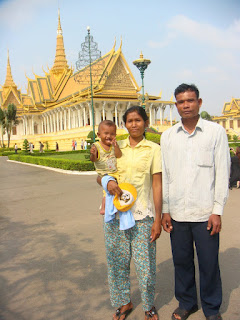 Em’s photo with his parent to visited Royal Palace in Phnom Penh while waiting number for operation. 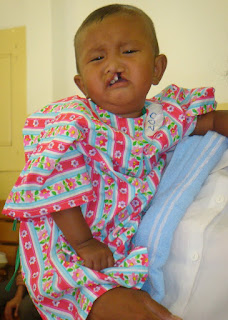 Em’s photo while waiting to get operation and he is so tired. 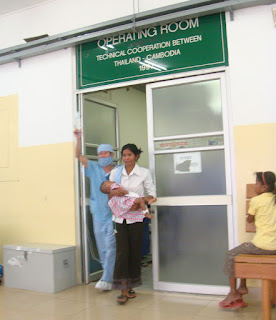 Em’s photo with his mother after finished operation for 3 hours. 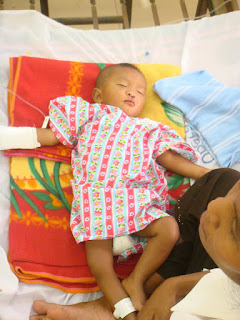 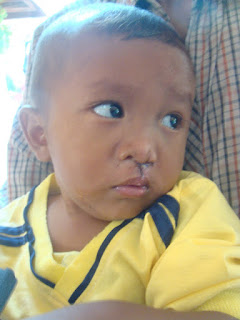 Em’s photo one week later after operation and came to Siem Reap Children Hospital to take out stitches. 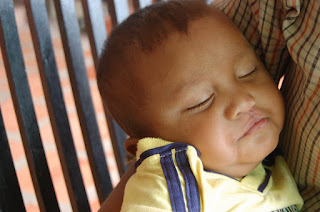 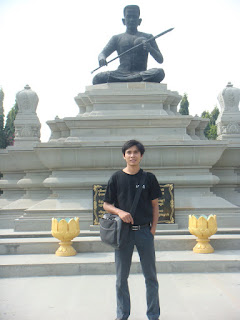 As we can see that the result of charity always can help people especially children which to change their life from dark life to get future bright. I hope that our supporters will stay and join with us to provide more help to the people or children need help and keep helping our new generation for develop our society.

If you would like to help by donate for them please follow this link https://www.journeyswithinourcommunity.org/support/donate/.
We will transfer all your kindness to those that need it. 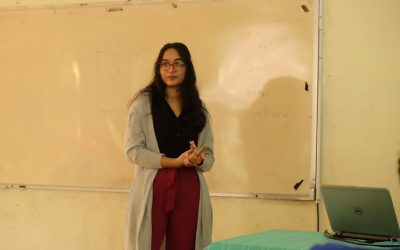 In this blog post, we sat down with Keisha to ask her some questions about her time working with us. We hope you will join us in saying a big THANK YOU for her dedication to JWOC and best of luck for her next journey. When did you start working for JWOC and why? I... 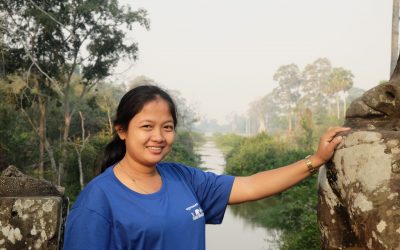 Somnang has experienced working at different NGOs in Siem Reap, where she found out the most interesting job that she loves to do is related to Fundraising, so she applied at JWOC as a Donor Relations Officer and got selected to be part of JWOC’s team in December... 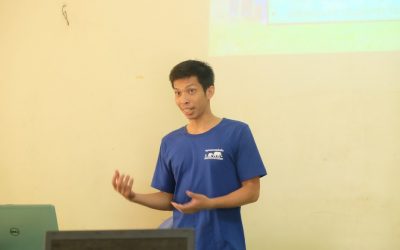 Oukdom is our Better Futures Program Officer, who started working at JWOC in December 2020, this is his first experience so far in this position and he is in his final year at university. Read more about his 3 months reflections below:  1- Can you tell me a...